A few months after I first started knitting, (I was still living in California at the time) I was randomly looking at the website of one of the local yarn shops, when I saw: "We'll be closing the store for 2 weeks as we prepare for Stitches West." I had no idea what it was, so I looked it up out of curiosity, and was surprised to find that it was a yarn convention occurring in a few days. A big one. I hesitated about going because I was afraid I'd be too intimidated because I was *so* new at this, but it was about 10 minutes from my house, so I decided to go just to see what it was about. Well, that day my new interest turned into a full-blown obsession. For the next few years, I ate and breathed yarn.

When we finally moved from California to Chicagoland, I was ecstatic to discover that there was a Stitches here too. Stitches Midwest, which was about 15 minutes from my house here. I attended last year, and though it's not nearly as big as Stitches West, it still attracts a large number of vendors and yarn enthusiasts. Last year I walked out with tons of yarn, a loom, and a large hole in my wallet.

This year, my sister-in-law and cousin-in-law decided to come up for Stitches Midwest, so we could have a girls' day out at the convention. I've decided to restrict my budget, because my yarn consumption is slower due to quilting, and there's also Original Sewing & Quilting Expo in October (at the same convention center, even) that I need to save money for. 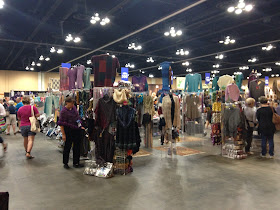 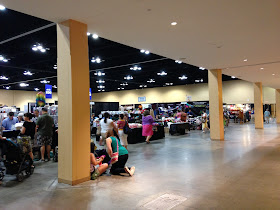 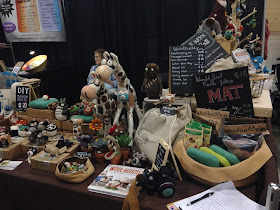 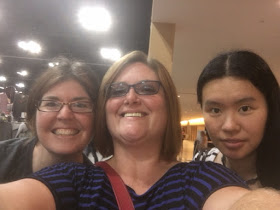 A few of my favorite vendors are missing this year, but I loved some of the ones that I had never seen before, like WoolBuddy. I've always wanted to try needle felting, and I'm so excited to get some kits to play with this. I'm also always happy to see old favorites like Neighborhood Fiber Company and Dragonfly Fibers. I left with a lot of great stuff, and as expected I exceeded my budget by quite a bit. 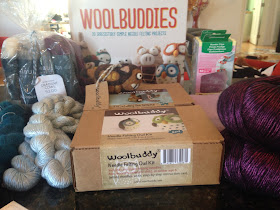 I love conventions so much. There's so much excitement and enthusiasm in the air, not to mention shopping galore and a chance to spend time with family and friends.