The pattern I used is from Vogue Knitting The Ultimate Hat Book. It's called the Tasselled Chullo, although I didn't end up adding any tassels as I'm really not a tassel kind of person. 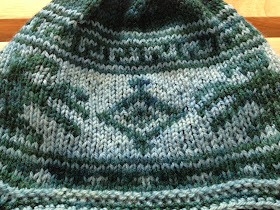 I really hate modeling for hats so in my place is my trusty hat stand. 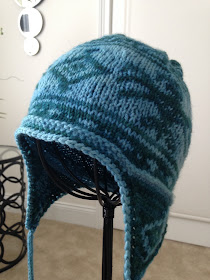