I finished the Spring Awakens sampler scarf and took it off the loom. First, the good. This scarf is incredibly soft and drapey, and is very lightweight. I had done a complete random assortment of brooks bouquet, 1x1 and 2x2 lenos with plain weave in between and it actually works. It was random, I didn't plan it at all, yet overall it looks rather cohesive. However, I just can't get over the color. 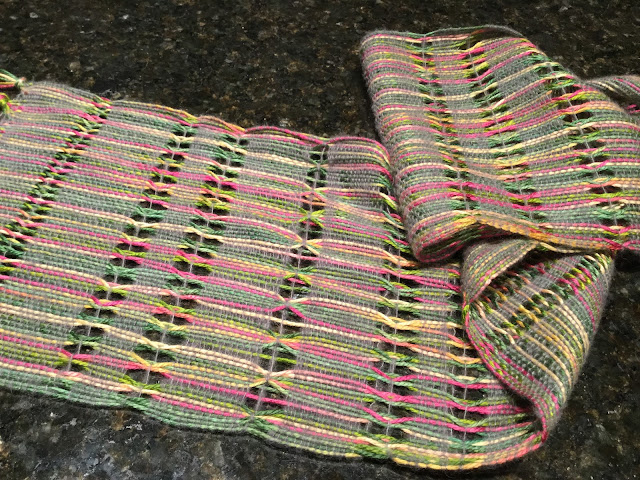 Now that I know this is a nice scarf hidden underneath the color that I hate, I'm more determined than ever to save it. I had overdyed a shawl previously that ran into some bleeding issues during blocking time, so I already have a dyeing kit, which consists of a cauldron (actually canning pot), rubber gloves, a stirring spoon, a towel, safety goggles, and a measuring spoon. I sort of feel like I'm brewing potions when I'm stirring the pot. But then again, turning ugly into beautiful is kind of magical. 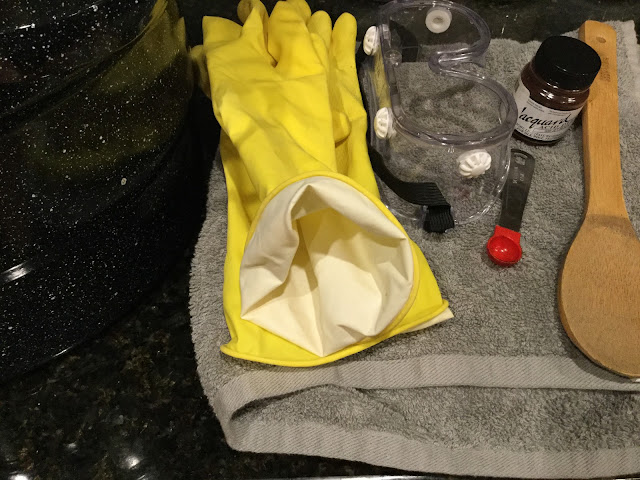 I added some blue dye and let it heat up, then soaked my scarf for a good 20 minutes while it boiled. Then I washed it with some Soak to get rid of the smell. When it came out of the pot, I really liked the color. It was a shiny black-blue. After it dried though, the color got a bit lighter, and I could see what happened. As I somewhat expected, the warp didn't absorb the dye very well, though it did get a few shades darker and bluer, it mostly retained its old colors. However, the gray weft absorbed dye very nicely, and is now a shade of teal. 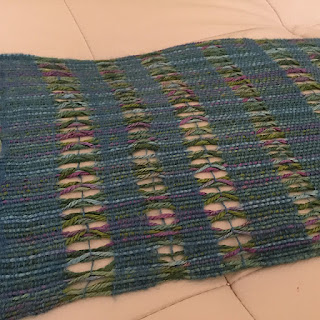 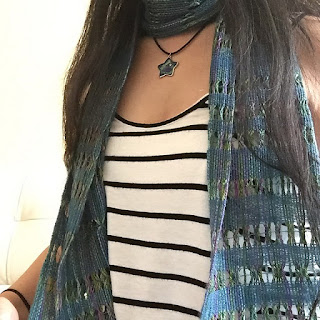 Still, I think it's a major improvement. This is definitely something I'd be happy to wear, and it's giftable too. The scarf itself is made of high quality materials, and nobody has to know it used to be ugly.